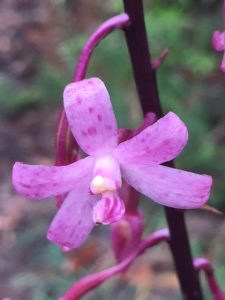 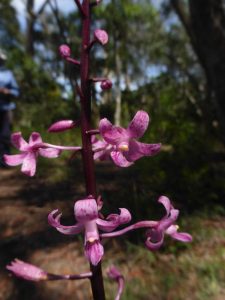 This has certainly been a good year for orchids in Blackheath.  After a month of promise a flower stem in the western end of the reserve  developed into a Hyacinth orchid (Dipodium roseum)  not previously recorded in the reserve.  Subsequently many more of these were spotted nearby in the National Park. 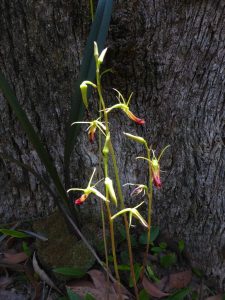 Cryptostylis sublata, commonly seen in the reserve has also been flowering in great abundance this year. 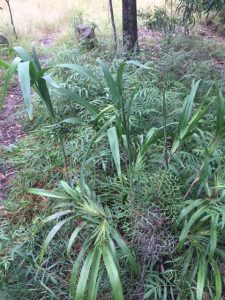 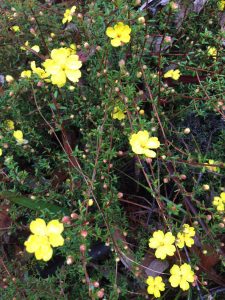 Also this month Jan has received confirmation of ID for Dianella caerulea var producta and Hibbertia intermedia on the reserve.  The former is quite distinctive with elongated stems. The HIbbertia may well be a reidentifcation of a known species so we will have to have a closer look at the Hibbertias next spring.